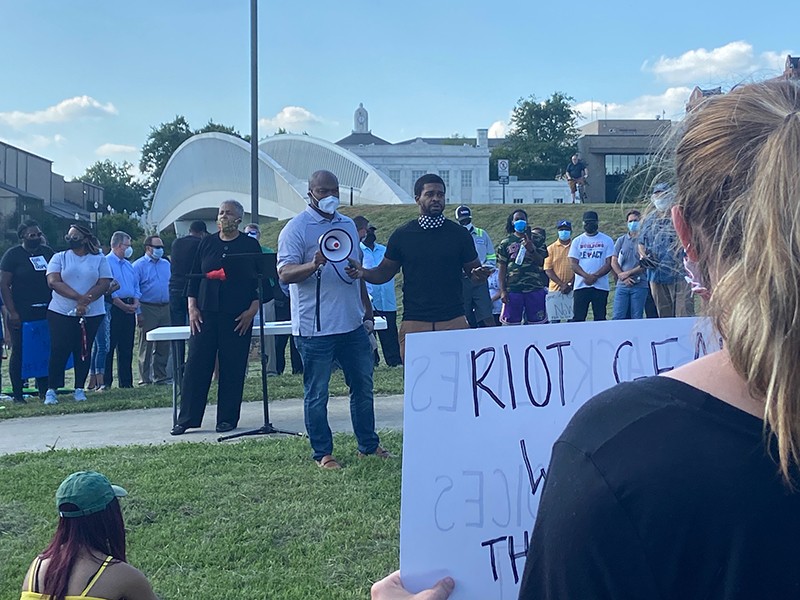 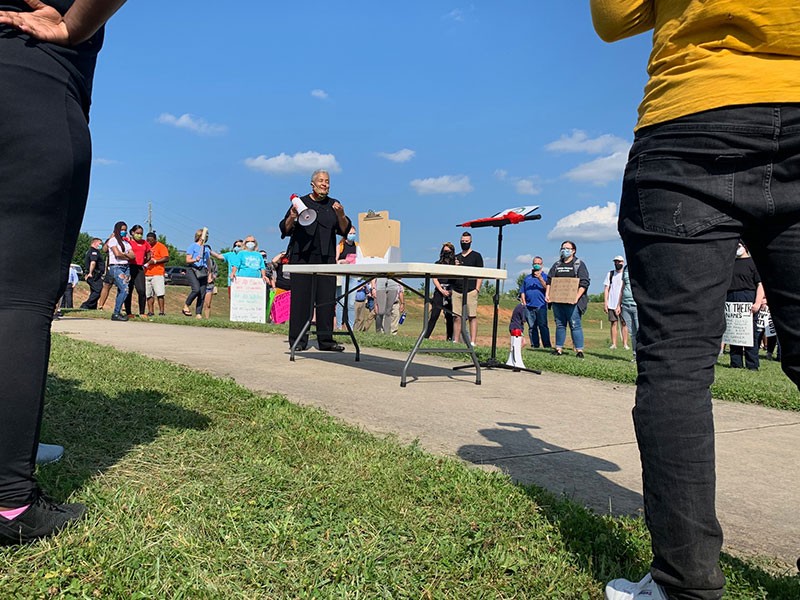 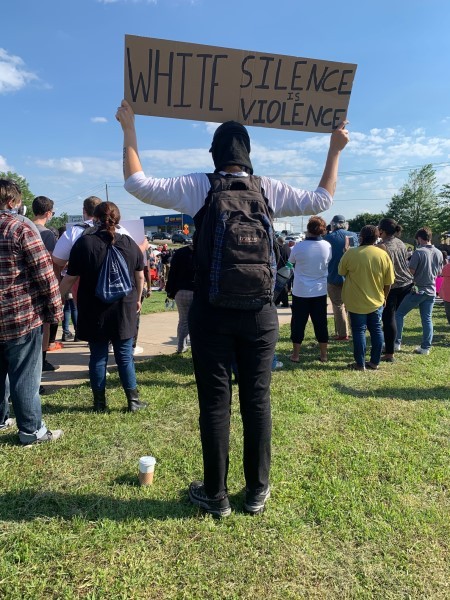 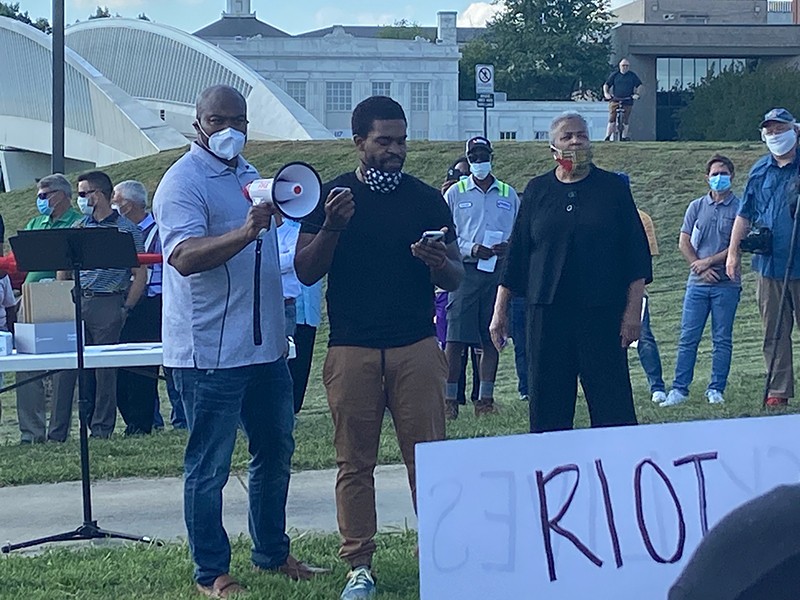 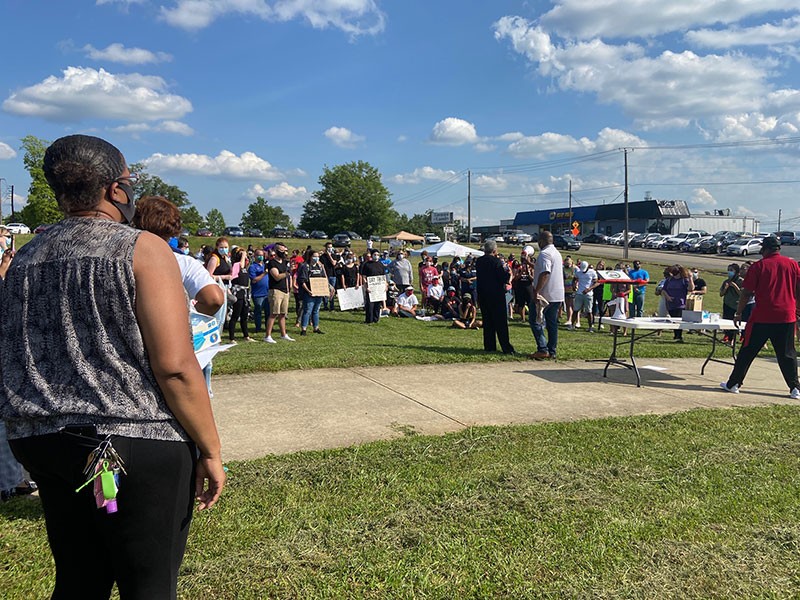 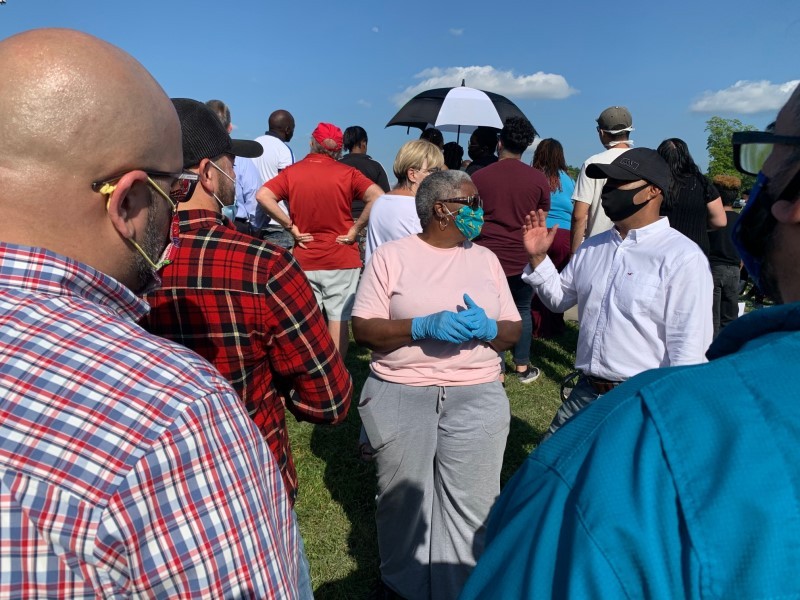 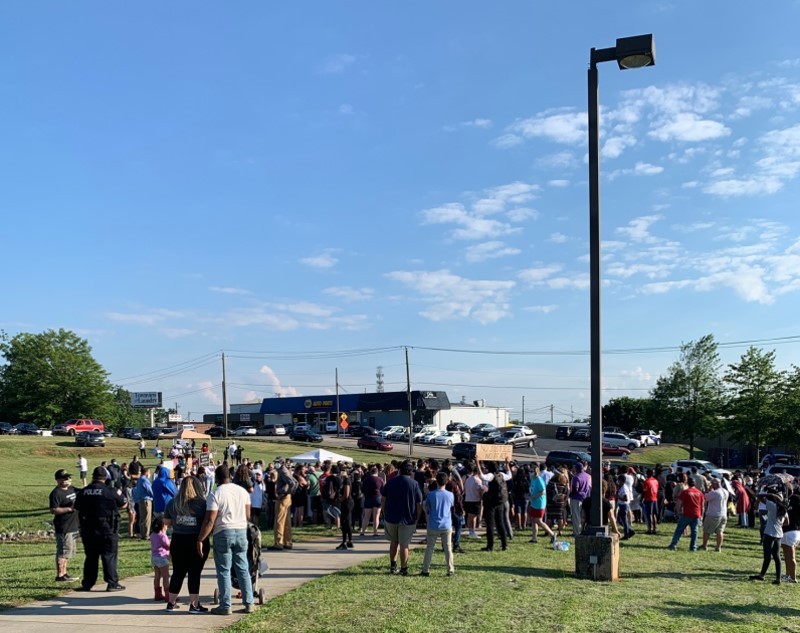 Contact Editor
This past Saturday night, veteran civil rights activist Rev. Rose Johnson invited protesters involved in a tense demonstration in Gainesville over the death of a black Minneapolis man at the hands of a white police officer to join her in a peaceful rally for justice.
Monday afternoon, some 600 people took her up on her invitation.
Johnson, who leads the Newtown Florist Club in Gainesville - a group that has fought for social justice for decades - and other leaders in the black community organized the rally to teach younger activists how to demonstrate forcefully, but without violence. Johnson opened the rally by teaching the group to adopt a mantra and to lift their voices so that they could be heard.
After several minutes of coaching the group to chant "No Justice, No Peace" and other rallying cries, Johnson turned the megaphone over to a number of other people, who voiced their encouragement and concerns to the group for more than an hour and a half.

Among those taking in the rally in the vacant lot just south of Gainesville's pedestrian bridge was 19-year-old Jaileen Brown of Gainesville, who was once a member of the Gainesville Police Department's Explorer youth program and a jailer for the Dawson County Sheriff's Office. He said the death of George Floyd of Minnesota has made him feel conflicted about his feelings toward law enforcement and his life as a young black man.

"They have policies in place to restrict how much force you use," Brown said. "What happened in Minnesota sort of hurt to see another brother in blue use the extent of force he used. But being a young black man, I've got a mom who's constantly worrying about me. It's a constant battle in my mind."

Brown said his mother, like most mothers, worries about him. She tells him to be careful because there are crazy people out there, he said.

"But, yeah, there's crazy people everywhere you go," he said. "You have to learn how to be approachable, to be respectful and not just judge people by what other people are doing."

Also in attendance were Trevor and Kelsey Bishop, a young couple from Gainesville, who are white foster parents to two little boys, ages 4 and 5. The children are black. Both said they had never attended a rally like the one sponsored by Newtown officials.

"I really struggle with knowing where my place is...I worry about saying the wrong things," said Kelsey Bishop. "But, we are committed to our boys...we're still navigating to figure out where we fit in."

"We're outside of our comfort zone, so we have to become educated people when it comes to our boys," Trevor Bishop said. "For us, as parents, it's just being honest with our boys...but also making sure that we are knowledgeable about the subject matter at hand."

While Floyd's death has again placed the focus on cases of police brutality involving black Americans, law enforcement has also been impacted by the incident.

Dr. Tom Smiley of Lakewood Baptist Church is one of several chaplains serving the Gainesville Police Department. He said the incident has left officers feeling stricken, and he believes many people are unfairly classifying all law enforcement as bullies.

"It saddens me that some people paint with such a broad brush and it should not be because our men and women of the Gainesville Police Department, as well as our other local police officers, are good men and women and they want to serve and they serve well," Smiley said.

This story will be updated.