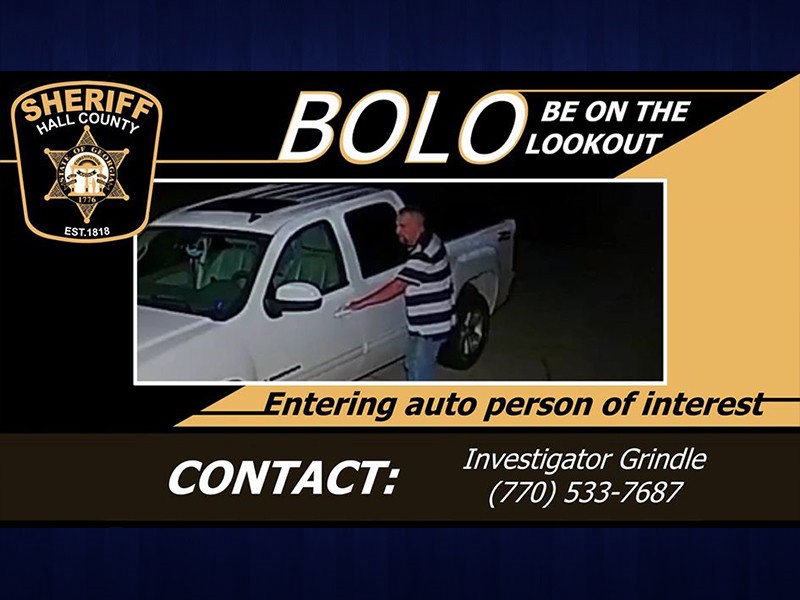 The Hall County Sheriff’s Office is asking for the public’s help in identifying a person of interest in an entering auto case.

According to a social media post from the Sheriff’s Office, the crime occurred in the early morning of June 5 on Litany Court in Flowery Branch.

The man pictured in the post was seen on surveillance camera footage in the area on the same data and general time of the incident. The post states that investigators would like to identify and talk to him.

Anyone with information on the man pictured is encouraged to call Investigator Grindle at (770) 533-7687.