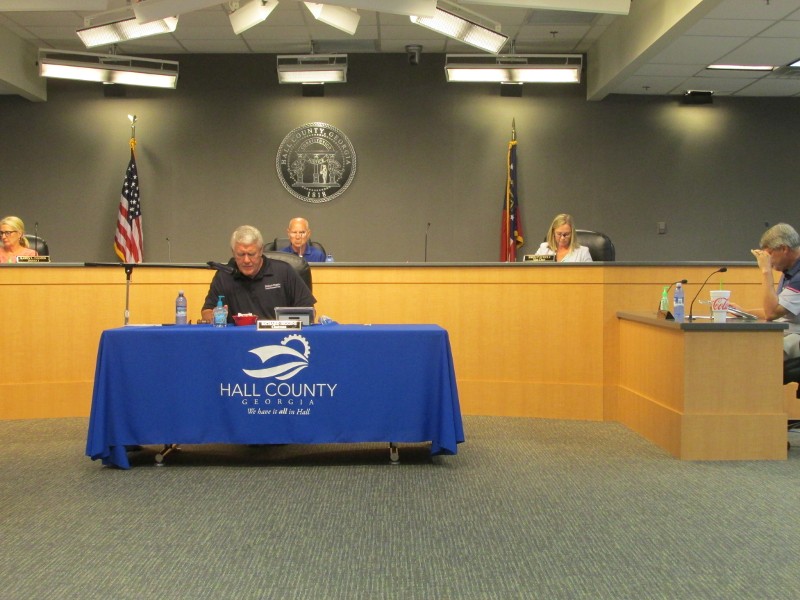 GAINESVILLE – The Hall County Commission will give final approval Thursday evening to a contract agreement between the county and the Georgia Department of Transportation officially launching the long-awaited, much-delayed Sardis Road Connector Project.

Hall County Public Works and Utilities Director Srikanth Yamala told commissioners at their work session Monday afternoon, “As the board is aware this is one of the top priority projects…and this is the final ‘housekeeping item’, if you will, between the county and Georgia DOT…so the county can actually start negotiating and buying the right-of-way.”

“Once this contract is executed…we can start having individual conversations with property owners.  There are approximately 150-odd parcels that the county needs to acquire,” Yamala said.

The plan to connect SR 53 (Dawsonville Highway) at the Sardis Road and Chestatee Road intersection with SR 60 (Thompson Bridge Road) near Mount Vernon Road was put onto paper and unveiled at public meetings in early 2005.  The need, however, to create the 3.5-plus mile bypass around central Gainesville actually arose two decades earlier when development along both corridors began to mushroom.

Locals knew the “shortcut” using Sardis and Ledan Roads to circumvent Gainesville but over time the secret got out.  Soon the narrow, winding and hilly roadways became congested, and with the advent of GPS routing the “shortcut” has been flooded with travelers.

Hall County Commissioner Billy Powell first became involved in public office as a result on attending one of the Sardis Road Connector open-house meetings in 2005.  He lives in the area and wanted to be a part of the project, so he ran for and won the District 2 seat.

While various circumstances at the state level delayed start of the project for nearly 15-years, Powell says he hasn’t lost his desire to see the connector become a reality.   Earlier this year he decided to run for another term on the county commission because he knew groundbreaking wasn’t too far away.  He won the June 9th primary and is unopposed in the November general election.

“I’m excited to finally see something happen,” Powell said after Monday’s work session.  He said he has not spoken with any of his constituents who are strongly opposed to the project or who plan to fight selling their property for the purpose of right-of-way acquisition.

“I think we’re all ready for it,” Powell said.

“The right-of-way (acquisition) is anticipated to be complete by June of 2022,” Yamala told commissioners.  “The anticipated completion for construction is October of 2024.”

To see the finalized route of the Sardis Road Connector click here.

Marc Eggers Anchor / Reporter
More Articles From Marc »
© Copyright 2021 deyuchuju.com
All rights reserved. This material may not be published, broadcast, rewritten, or redistributed without permission. 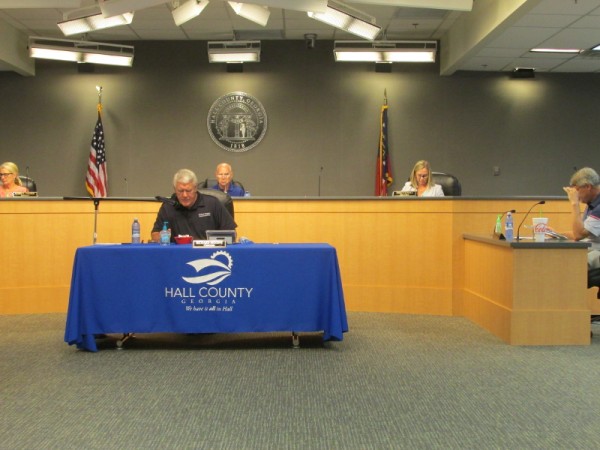 Hospitalizations rise as Georgia virus cases hit new peak
The number of people hospitalized in Georgia because of COVID-19 has risen to 1,000, erasing a month’s worth of progress in the state 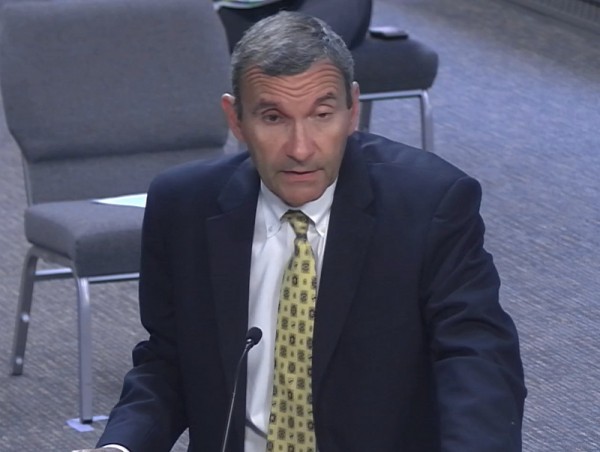 Hall County budget, millage rate ready for discussion on Thursday
Hall County commissioners were told at their work session Monday afternoon that the Fiscal Year 2021 budget is ready for public presentation and public comment on Thursday.
By Marc Eggers 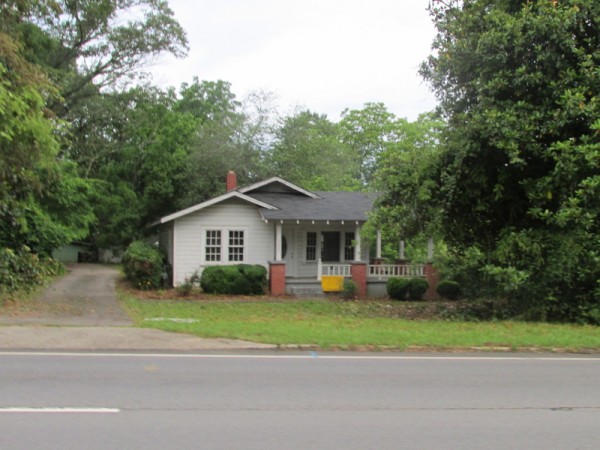 Business moving its office to Ledan and Thompson Bridge Road intersection
The Hall County Commission gave approval Thursday evening to a rezoning request from a Lumpkin County business man wanting to set up an office at the corner of Thompson Bridge and Ledan Roads.
By Marc Eggers 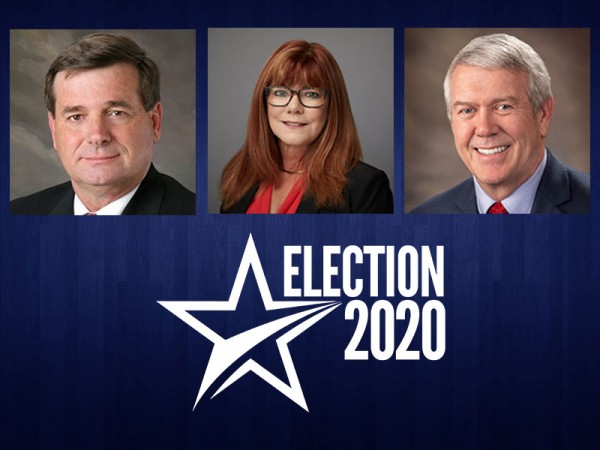 Banks, Sartain challenge Higgins for Hall commission chair
One thing all three candidates for the chairmanship of the Hall County Commission agree on is that COVID-19 concerns have limited their ability to meet people and get their message out.
By Marc Eggers 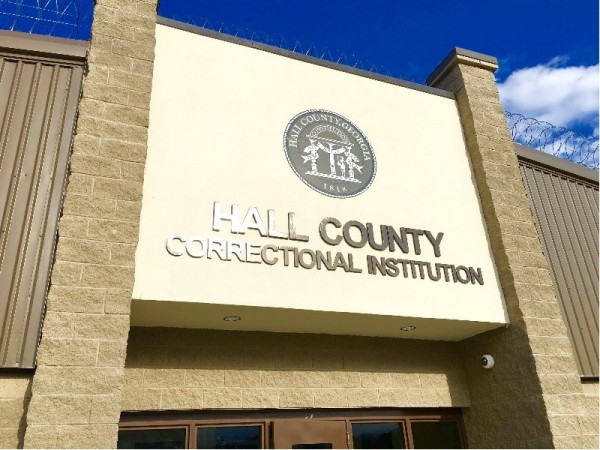 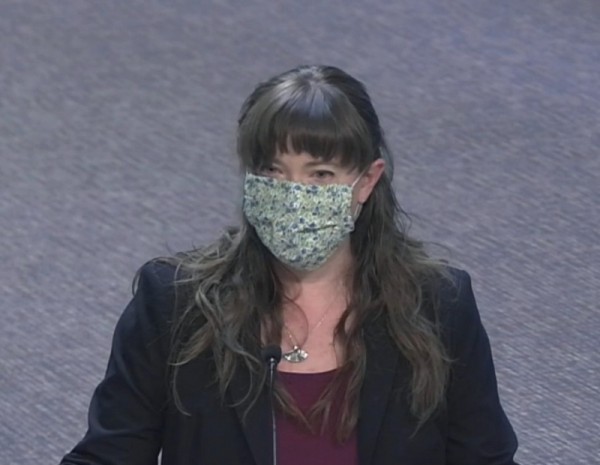 Hall commissioners table issue because of online-challenge facing applicant
While online meetings have greatly assisted Hall County leaders in executing the business of the county, in one case the use of technology is actually the reason an item of business before the Hall County Commission needed to be tabled.
By Marc Eggers
Privacy | User Agreement | Contact | Advertise With Us
2021 © Jacobs Media Corporation. All rights reserved. EEO Report. Website by Full Media
Login / My Access
close
Search